Odds and sods from the spring

Another catch-up session from a few months ago…

Bought a new (old) Series 2 Land Rover (as old as me! ) which is mine. Always liked the older ones, not sure which is in better condition!!!! It would be rather good to get one for the estate that’s been renovated with a new galvanised chassis, parabolic springs and a better engine – it would look more the part on the Wimpole Estate and be easier to maintain (we could actually work on it ourselves as they are rather basic ) plus you don’t pay road tax. 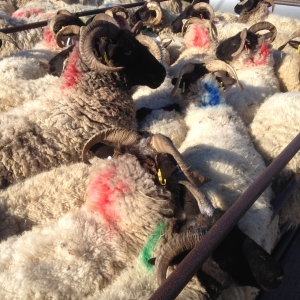 Sheep off to market

Sold most of my Norfolk Horn sheep in March, just kept nine shearlings as it was costing too much during the year and the price for rare breeds was low again. Sad to see all those good ewes go to market 😦 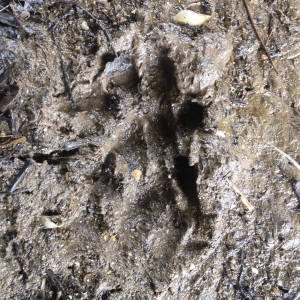 Down on the River Rhee, which runs through the South Avenue, it was good to find that otters had been passing by… yet to see any on the Wimpole Estate though.

Gosh! Whose were these?

There were more tracks which seem to be from various mammals and I suspect there could have been some polecats and mink mingled in with the rat, vole and shrew footprints. Must get a remote camera out to catch the nocturnal goings on… 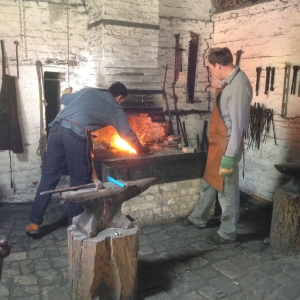 The blacksmithing course went well and I was very impressed with the three men- not only did they go hammer and tongs making the normal ram’s head hook, they even added twists into the horns which really finish off the design nicely. To cap it all there was even enough time left in the day to make a short resoled nail.

Four hooks, as I always make one to show how it’s done

There was plenty of work to do on the Estate and one job was to remove the maple trees from a chalk grass bank which used to be full of chalkland flowers. Removing the maples will help get rid of the ivy that has taken over and allow the flowers to re-establish themselves.

With help from the volunteers and gardeners (who, incidentally, wanted the woodchip for the garden paths) we soon had this lot cleared up.

Woodchip for the Gardens

As these trees were in the open and exposed to the elements they did in fact have some good lichens on them. The best was Cartilage Lichen 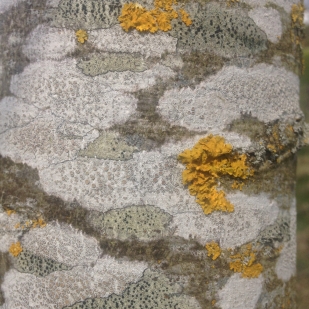 Various lichens on one of the few ash trees.

ramadan fraxinea.  This species has declined markedly since the mid 20th century and is now rare or absent in many UK areas. Its sensitivity to air pollution and fertilizer enrichment may be reasons for the decline. It is mainly found on the bark of Acer, Fraxinus, Populus, Tilia and Ulmus 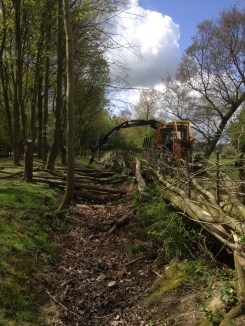 Next job on the list was to cart all the timber we had cut down during the winter, and  number one on the list were the felled trees in the adventure playground at Home Farm and alongside the laid hedge.

Bluebells and the laid hedge at Home Farm

When I first came to Wimpole this area was awash with bluebells but sadly they have greatly diminished in numbers and can now only be seen in areas where they don’t get trampled.

Another beautiful sight this spring  were the cowslips, especially up in Folly Field- so many it was like a carpet of yellow. 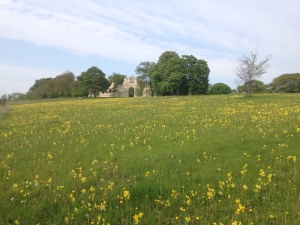 Cowslips at the Folly

Burnt out cars, don’t you hate them? This one turned up after lunch sometime and… guess what? Without a registration plate it’s nigh on impossible to get anyone to move it. So …what do you do? Take it back to the yard, cut it up and skip it. However the car has to go in two separate skips!!!!!! 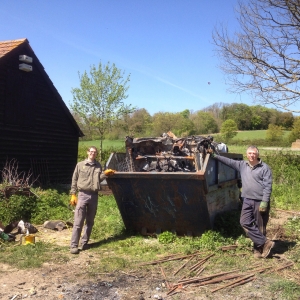 Lastly, it’s always a delight to see the spring fungi show themselves and best of all is the St George’s mushroom which is so named as it usually fruits around St George’s Day on the 23rd April. 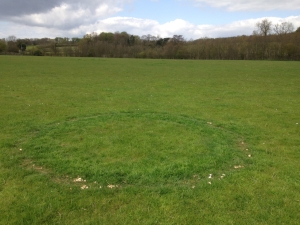 That’s it for the spring, next it will be time to catch up on the more recent news…